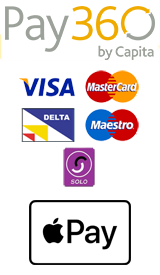 Accessories, parts and service spares for the Apple iPad product line. Select your iPad range below or enter your serial number in the side bar to directly identify your model.

The iPad was first shown to the world by Steve Jobs on January 27" 2010 and would become one Apples most successful ever products. When the iPad was first announced it didn't fit into either category of a smart phone or laptop and went on to become its own category 'tablets' which sat in the middle of the smart phone and laptop categories. Even before the iPad had been announced there was multiple predictions that the iPad would 'flop' and that it would not be a successful product line. However that was quickly disproven as Apple went onto sell 300,000 iPads on launch day. By the end of 2010 Apple had sold approximately 7.5 million devices defying all those that expected the product to fail. Since the release of the iPad the tablet industry has 'exploded' and many companies have since launched their own tablets. Instead of being a failure like initially predicted the iPad has instead revolutionised the tablet market and is one of Apples best selling product lines with Tim Cook stating in 2020 that since its initial release more than 500 million devices have been sold.